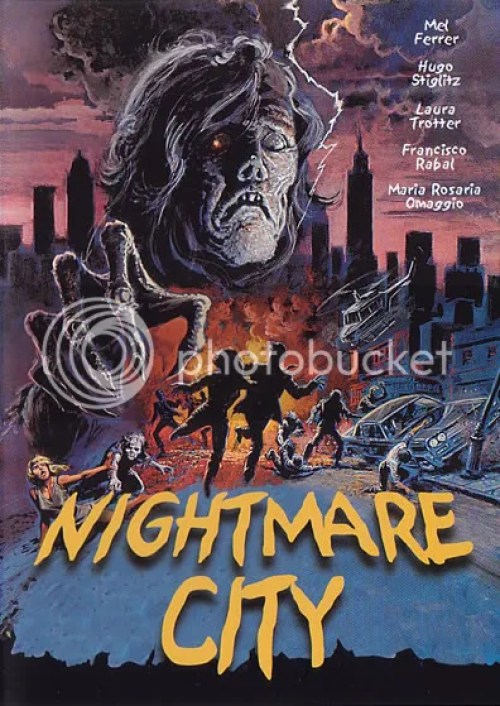 Wooooow. Maiovvi’s first single from his forth coming ‘Shadow of the blood stained kiss’ album on seed records is a total killer! If you havn’t heard of this guy, and you probably havn’t, then your in for a real treat, because his second album is due out on August 3rd and its packed with sleazy cheap synth action, perfect for hunting down prostitutes and zombies.
“‘Shadow of the Blood Stained Kiss’ is the Antoni Maiovvi score to a nonexistent 1983 Italian Sci-fi giallo starring Barbara Cupisti and Ian McCulloch. In the distant future “Europa,” the 2nd moon of Jupiter has been colonized by man. In the midst of this Utopian era a dangerous struggle for power between organised crime and the highest level of government is underway and when Juliet Hardy (Barbara Cupisti), a stunning discotheque singer, becomes witness to a murder the only person who believes her is tough-nosed cyber-journalist, Jason Scott (Ian McCulloch). Together, they unravel more than they bargained for as a sadistic killer runs loose brutally slaying anyone in connection to the crime. Who does this man in black work for and what is the connection between him and an ancient order that have been controlling the known universe since the dawn of time?”

This entry was posted in 80s SYNTH and tagged 80s, antoni maiovvi, Italo disco, shadow of the blood stained kiss, the chase part 1. Bookmark the permalink.