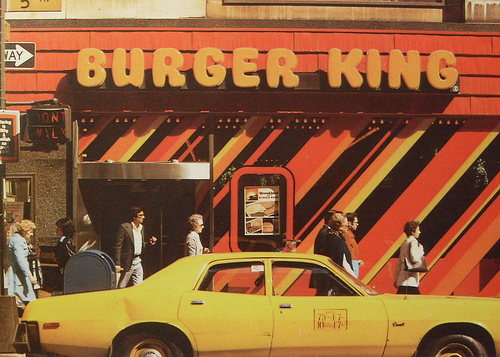 House Of Disco have consistently put out a great range of vintage inspired gems matched with some killer club nights across London! We’re huge fans! Some words from the ‘king pin of beef’…

“I’ve decided to lay out some of my favourite classic disco tracks spread across a few genres, I’m leaving out a few favourites in favour of one or two more obscure pleasures. Some of these tracks have had a huge influence on me, others are guilty pleasures. I have a soft spot for some and a hard on for others.”

KANO | IT’S A WAR
Kano (not the crap grime MC) is responsible for getting me into disco. I came across one of his videos for his track ‘War’ online and the video was him in a gold space suit doing the splits and miming with spades of attitude. It kinda started as a joke, I couldnt stop watching it, but I realised that wasnt what was sustaining me, it dawned on me that I couldn’t stop listening to it. I had some trouble finding his tracks anywhere online so for the first time in years I bought some actual CD’s (They’re little disks of music kids) of his albums. They’re rammed full of more gems than an essex birds jewelery cabinet.

SAMMY BARDOT | NEW MEXICO (LOVE FINGERS BARRIO EDIT)
This was the first edit I encountered that rang a huge bell in me, until this track I just didnt really appreciate the relevance of edits. Then this came along and I got pretty carried away. This was my go to track whenever I was trying to explain to people why I kept listening, and making them listen to disco all the time. Its just got a persistant level of funk and optimism that rings huge bells for me, I think it was at this point that mid-tempo stuff started to take over from faster italo tracks for me. Originally released in 1979, this re-edit released on Blackdisco in 2008.

IGNITION – SECRET SUNDAY LOVER (GREG WILSON EDIT)
This track has it all. Its not classic disco but I dont think I’ve encountered someone that doesnt like it, even if its not their bag per say (a few glasses of hooch usually limbers em up). Its just a lot of fun and to be honest anyone that doesnt enjoy having fun can get the boat. This track was also the first track that I ever posted on the blog back in July 2010 which it testament to how much respect I have for it. It takes a little bit of time to get going but when it kicks off with the sax its pretty hard to top.

LAMONT DOZIER | BACK TO MY ROOTS
There’s a sense of irony looking at the liniage of this track now. Its been remixed, re-released and edited a hell of a lot of times, most effectively in my opinion by the amazing Oddysey. This track is absolutely epic, you can see why people keep coming back to it for inspiration, and trying to make it their own or stealing bits (like the choir), but you cant beat the original.

LAMONT DOZIER | BACK TO MY ROOTS

THE WHISPERS | KEEP ON LOVIN ME
There’s 2 reasons this track is going into my list. Firstly this track is beautiful, the harmonies were so top class and thats not something I’d encountered a lot of. Disco has a terrible tendency of sounding great for the first 30 seconds until some atrocious vocals come in and not only detrimentally date the track but wreck the direction you’d hoped they were going. The second thing that makes this track stand out is the video. It’s really one of the best videos I’ve ever seen, its so honest, what a bunch of buzzers, especially the guy in the red coat.

THE WHISPERS | KEEP ON LOVIN ME

DARK DAY | NO, NOTHING, NEVER
This is a bit of a curve ball especially sitting beside the last track, infact its nearly the antisesis. This track has always reminded me about the power of the dark side. That not all music needed to be glossy and coated in positivity to carry emotion. I think within the genre of disco its very easy to get buried under a mountain of cheese and optimism and you can become jaded to all but the most uplifting of sounds. It was my strange fascination to tracks like this that kept me reminded. I especially like the bit about little toodles passing away.

DARK DAY | NO, NOTHING, NEVER

GEORGIO MORODER | FROM HERE TO ETERNITY
Its impossible to make a top 10 in this genre without mentioning Georgio Moroder. The man influenced disco more then any other producer and without him there would be a very big hole indeed. This track is Georgio’s seminal track, and for good reason, it influenced so many people’s sounds in the years to come and will probably continue to do so from then to eternity……….couldnt resist.

GEORGIO MORODER | FROM HERE TO ETERNITY

MR FLAGIO | TAKE A CHANCE
While we’re on an italo tip this 1983 track has a rare quality. Its an italo track made by actual italians and the vocals arent rubbish. Infact quite the opposite, the vocals are amazing, vocoder heavy and loaded with hooks. The whole track has an addictive quality and stands the test of time against all the odds.

THE IMMORTALS | THE ULTIMATE WARLORD
Truth be told I only came across this track recently enough but I think theres some room in this list for some spooky cosmic disco from 1979. This is beyond strange. I really shouldn’t like it but I literally cant help it. Its got so much personality. The vocal effects and the organ stabs are unlike anything I’ve heard before. The first time I heard it I listened to it 4 times in a row as I couldn’t get my head around it. The key shifts make me get goosebumps, I cant figure out if its fear or excitement tho, which is a great thing.

THE IMMORTALS | THE ULTIMATE WARLORD

SISTER SLEDGE | THINKING OF YOU
This must be my favourite song so I’ve left it until last. Its hard to say for sure but I have had more good times to this song then any other. It has a power to it to re-invigorate that I’ve never experienced before. Great for reviving a flagging party. I’ve even seen it wake up sleeping people. They should have this in emergency room in hospitals incase defribulators just arent doing the trick. It was unsurprisingly written and produced by Nile Rodgers from Chic and a million other timeless hits.

SISTER SLEDGE | THINKING OF YOU