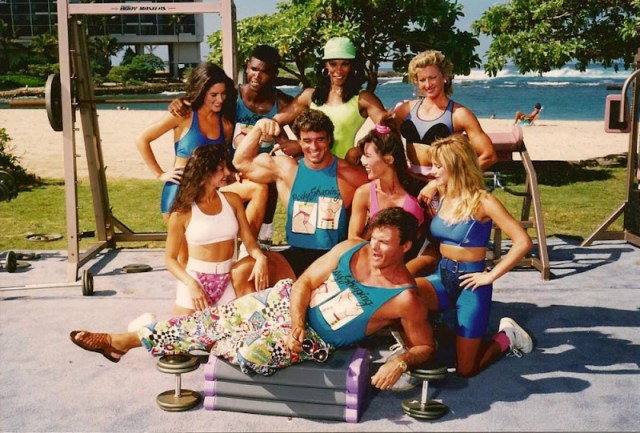 We really have an awesome feature today…meet our main man Jocktalk, he really has been punting quite a few field goals recently and we knew we hadda get him down the gym to show us know it’s done! Straight up 80s sleaze, these tracks reallllly feel like they were jammed out in Miami yacht club basement back in 87.

Based in Bristol, we met Jocktalk last year whilst gigging down there, what ensued was a night of straight-whiskey fueled carnage, bullying geeks and stealing cars! He’s since kindly taken time outta his busy training schedule to talk Indian dudes, witness protection and mustangs! He’s included an exclusive mix (packed fulla seriously smokin’ slo-mo 80s inspired hip hop jams and ghetto disco funk) and 10 track selections, including some of his originals! Bump’n’thump bitches, the Jock is here.

This shit is a pack lunch containing everything me and my other housemate, Le Donc  a.k.a Bobby Peru, have been beating up nerds to these past few months.. our advises are to load it up onto your ipod and do likewise

When I was 12 years old I went to India with the family, where we got conned by a tour agency.  We were driving around the countryside in a minibus without air conditioning, and a lot of the hotels we went to were basically farmyards with some bedrooms around them.  One particular hotel had a restaurant with mice running all over the floor, and at one point a goat ran in and stole some bread.  But it did have an band playing called ‘The Cosmic Power’, wearing matching red velvet suits, and using basic casio keyboards and some rip-off guitars, they put on an incredible tacky set which left a massive imprint on my mind.  This track, by Algerian Cheb Khaled (‘Cheb’ translating roughly as ‘Young Man’) always reminds me of that sweaty restaurant and the huge, lavish keyboard solos that the band went out of their way to perform.  Bigups to Olly Watson for tracking this version down.

No-one builds Jocks like the Indians.  Anyone who’s been there will testify that Indians just don’t get embarrassment, like Americans don’t get irony.  What I love about the Indian pop star is that he can actually be quite overweight and untechnical, and still dominate a music video.  Just check out the vid on youtube (Agni Raja) and you’ll see what I mean.. a group of Indian dudes running around a train station being fucking weird with women.

This group, Mirror Kisses, had me at Mi .  A 24-25 year old duo from Harrisonburg Virginia, they’re pushing an incredible 80s sound, which I can’t stop listening to, and they use nothing but hardware.  It’s one of those instances where I just can’t figure out why they aren’t really really big right now??

This is one of the tracks coming out on vinyl in a few months’ time.  It’s got influences from Lillo Thomas, some sounds from Aphex twin yadda yadda.  Now go get your ears in witness protection.

This track is about a very talented young mouth… I mean prostitute… I mean woman…  who steals the Jock’s heart.  If you’re wondering what I sound like in the flesh, this is the answer- sleazed up and real sensitive.  The opening quote is from an Ealing Studios film called ‘The Wicked Lady’ which is a must-see for lovers of James Mason and the word ‘M’lady’.

This isn’t a track, but it is the best answerphone message I’ve ever received.  I woke up recently and this guy had mistakenly thought I was his plumber.  Although I’ve never met him, it wasn’t hard to tell he was in a bad place, but I couldn’t let it

I’m not sure whether it’s  the waifish Grimes who’s been building her bulging instrumentals, this one’s on the roids for sure but it’s carrying this massively delicate young girl and it’s a sweet combination.  I get the feeling that the beat could break her in half it it wanted to.  The video’s got scenes of varsity football and fellas pumping iron in the locker room.

This is a guy who I really hope to see big things from- Fred Prest- partly because he happens to be my housemate, but also because we came up with this project together.  Escobar Juarez is a Colombian coke lord in a nightmarish vision of New York City, a swarthy, drug enhanced player, but the main character is his nemesis, Citycop, just about the only good man left on the force, and a goddamn liability to boot.  We imagine that this track comes at the end of the season finale, where from the smouldering ashes of NYPD headquarters, a lone figure rises, lights a cigarette, and limps into his Mustang.  Full power.

My university dissertation was on freestyle rap, and over the past 3 years I invested/wasted tens upon tens of hours freestyle rapping.  This is one of the few tracks I have to show for it, as the international player So Lean Dion.  The beat was made as a course assignment by Fred Prest, whose brief was to mimic Zapp and Roger.  Pretty fresh coursework.  But it’s the last time you’ll ever hear me rapping.

I think this is a good note to leave on- now I gotta dash.  I’m late for my aerobics class.