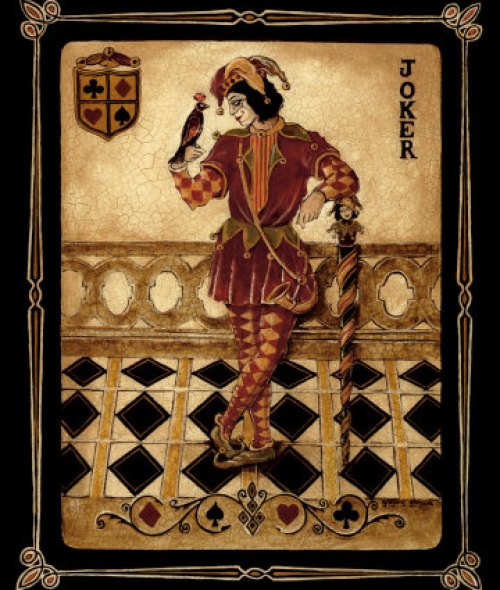 For the past few years, Jokers Of The Scene have ranked amongst the brightest, weirdest lights of Canada’s dance music renaissance. Between their Fool’s Gold originals and their enviably deep remixography (including a droning take on Salem’s “Asia” that turned ears to putty and blogs to cinders mere weeks ago), the duo have passed on a “signature sound” to craft an unpredictable approach that’s as cerebral as it is speaker-decimating.

DJ Booth and Chameleonic have ransacked decades of electronic history to build music from the future. Their latest mutation, “Joking Victim,” blends cinematic synth melodies – think Tangerine Dream or Vangelis at their moodiest, or the Jokers’ own ambient soundtrack for the “Bright Lights Big City” art installation that took over Toronto’s CN Tower late last year – with heavy, Detroit-style drum programming and a club throb that is 100% JOTS. Whether delivered as a bombastic intro track, set closer or soaring peak-time call to arms, “Joking Victim” simply cannot be denied.

Here we’ve got both the original and a remix from DFA’s man of the moment – Shit Robot…If that wasn’t enough there’s also a great giallo-esque ‘film score’ mix which puts the track into a perfect context! Enjoy!

This entry was posted in 80s SYNTH and tagged dfa, Jokers of the Scene, joking victim, Shit Robot. Bookmark the permalink.