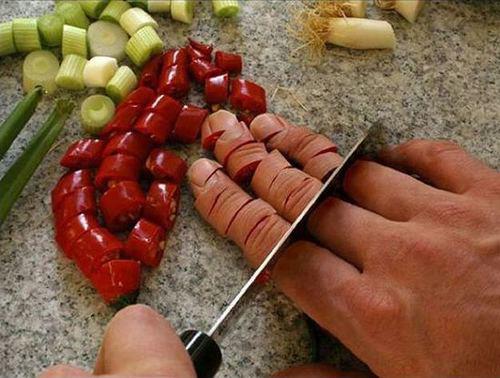 To fill a Lovefingers shaped hole in our lives, we got our friend and top London party promoter James Cooper to catch up with him ahead of his gig at Dalston Superstore on Friday the 28th. Lovefingers is one of America’s finest crate diggers who used to run a website educating us with a new track everyday, dropping everything from Dave Samuels to Renee Geyer – it was definitely something special. He has kindly gave us a Stallions remix to download until the gig so snap it up, download is at the bottom of the page!

Since the Daily Fingertrack stopped we have been craving a bit more so hope this satisfys your cravings;

We’re lucky to have you in London on your way through Europe. Can you tell us a little more about why you’re over here?

I’m in Paris for a couple weeks with my wife showing our clothing line, so of course I booked some parties!

You’re revered and looked up to by many record collectors, serious diggers, bloggers and the like. Can you tell us your inspiration for your legendary website and why you decided to end it. What was the reason for success behind do you think?

Just to share music, create connections between things that might not have been obvious and to have fun! It ended at 1000 tracks because that was always the plan, to make a 1000 song mix that could be reconfigured in many ways to fit many contexts.

Did the success of that spawn Blackdisco records or was it always a plan of yours and Nitedog’s having done the parties back in LA?

The Blackdisco stuff we were editing before I did the website, then just eventually moved onto pressing stuff on wax. The Blackdisco parties told us which tracks worked and which to pass on, but now it’s grown into its own thing and we don’t care so much if they work. I feel like if it’s good enough for me to get down to, then there are people out there that will get down too!

What tempted you to move to New York? Was it a musical influence regarding work?

Has being located in NY helped you to progress musically?

Yes, since moving here I do a lot more collaborating and of course I’m closer to a lot of the world so its easier to get out to parties, like Dalston Superstore!

Since living there, you’ve quit your day job designing to take on music full time. What brought about ESP and can you give us an indication behind the name?

I actually still design! My wife and I started the ESP Institute as a creative studio ages ago, to do and make whatever we felt inspired to do and make. I started the record label out of pure love for music and to support artists that I believe deserve an audience and after building a pretty large audience through the website it felt like the perfect time. As for design… when we had a kid, we began making clothes for him and just like the record label, we felt there was an audience for it.

ESP made a large impact on the underground alternative house / Balearic / disco scene last year, most notably with Cos / Mes. What’s your affiliation with the Japanese music scene? Did you find those dudes?

Lots of music I love, I discovered through Japan, just like anywhere else. I first met Jonny Nash (of Sombrero Galaxy, ESP Institute’s debut release) whilst in Tokyo on business. He was living there at the time and that was when I met the Discossession lot. This was long before my website or anything, just an amazing friendship with a group of people through the love of music… it’s the greatest feeling! Jonny turned me on to Cos/Mes and Flatic’s Soundmore mixes and eventually my other friend Chida (who runs the excellent Ene records) passed me some of their newer tunes and I immediately knew it was perfect for ESP. As far as my affiliation with the scene there, I dunno, there are a few more things on the way like a beautiful 12” by Chee Shimizu (Discossession).

The concentration samplers. Did you find those tunes or did the guys that edited them? How did you select the collaborators for ESP?

I found some of them, but the project was a big collaboration involving a group of friends. The idea was for them to contribute tracks and I’d make the mix. Some of the contributions were more involved than others. There were probably 70 or 80 tracks at some point, so narrowing it down to the tracks on the comp took some serious time!

Can you give us any hints as to what to expect this year for ESP? Anyone new to the label? Any exciting releases?

New releases on the way from Secret Circuit (Eddie Ruscha of Laughing Light of Plenty), Chee Shimizu, Sombrero Galaxy, an Aussie friend of mine Michael Ozone, a new artist from Italy called Duo Shocks, The Stallions, Findlay Brown and some more I can’t mention yet, but its gonna be a good year!

Aside from ESP, you are also one half of the Stallions. How did you find time to balance the two projects? Is Doug getting enough Love – Fingers?

Doug lives about 50 yards from me. Finding time is still hard somehow though. I mean I have a kid and he’s pretty much my job. We get down though. We’re busy as hell at the moment.

Can you let us know about any forthcoming Stallions work?

Just remixed The Canyons, Ariel Pink’s Haunted Graffiti, a new artist on Codek called MODE, another new artist on Internasjonal called Cosmic Metal Mother and about to drop an ESP/Ene split release of The Backwoods with Cos/Mes and Stallions remixes…. oh yeah and we’re still working on our album, heh.

Doug Lee is also one part of TBD with Justin Vandervolgen. Do you make sure he’s not spending too much time with Justin? How would you describe the difference in sound of the two projects?

Hahaha what? We all hang out all the time. There is a difference in sound sure, but it’s really just a big couldron. Who’s to say TBD won’t make a rock song and Stallions won’t make a big room peak hour joint?

Which is better and why? TBD vs Stallions? ;)

I think the three of you would make a great supergroup. What would you be called do you think?

It actually exists! It’s the Tres Hombres. Look out for our forthcoming 12”, Buenos Noches.

What kind of sound can we expect from you in the basement of Dalston Superstore? Many of your mixes are quite diverse, many being kinda Balearic, prog rock, listening vibes. But what kinda of shit do you make people lose their shit with?

What’s the favourite club you’ve ever played at and what’s on your shortlist?

Lux in Lisbon, Bamboo in Melbourne, Solyanka in Moscow.

I can never remember them, they go on for too many days.

And on English food, since I know you like your scran?

No curry before the party!

This entry was posted in M U S I C and tagged DALSTON SUPERSTORE, ESP, lovefingers, REVIVE HER, SECRET CIRCUIT, STALLIONS. Bookmark the permalink.