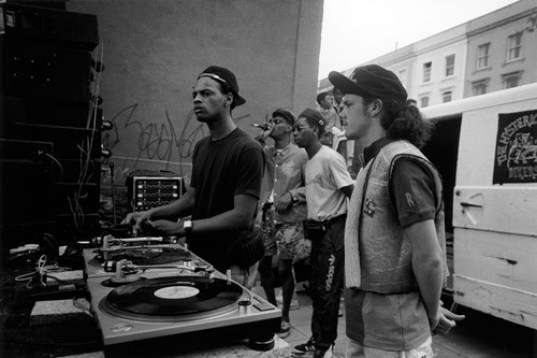 Model 500 is back with their new track “Huesca”. The infamous Juan Atkins is joined by Detroit area producer Mark Taylor and ‘Mad’ Mike Banks of Underground Resistance, coming together to put together a new album as well as a live show. “Huesca” is straight ‘outta Detroit with it’s electro influenced rhythms riding atop the pounding kick drum accompanied by enormous and melancholic keys and a subtle yet prominent bassline, sure to resonate with any fan of techno and to interest any fan of music in general.

Great Interview with the Teacher of Techno himself with clash Magazine.

Sorry no download yet, as ‘Huesca’ is now signed as part of a new R&S ep.