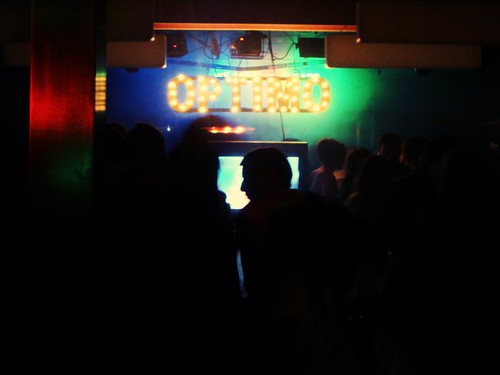 I can’t imagine that many bars have cleared as quickly as the Wetherspoons beside Optimo on Sunday night. The bar went from having about 300 students and ravers to 10 drunken auld Rangers fans in three minutes flat. About 7.45 the unease spilled over and everyone in the pub made a mad rush for the door. I think its a fair testament to the club that people are willing to trample their fellow man to be there. Fortunately Optimo have an amazing door policy and anyone with a bit of common sense got in. For those who arrived at 10 and made a fuss about getting rejected- “What the fuck were you thinking?”.

Ok, so enough about the queue.

Being fortunate enough to have Optimo on my doorstep for the last five years made me take it a bit for granted. Knowing that this would be the last proper ‘Optimo Espacio’ only really hit home on my descent into the Subclub. In my opinion, the music has always come a close second to the atmosphere Twitch and Wilkes create. Djs and club promoters may try to emulate their sound, but they’ll never replicate the  mood. Along with the ubiquitous neon ‘We Love Your Ears’ signs, there were floral wreaths and three huge TV sets. Only Optimo could mix Pink Floyd and Devo visuals without them seeming completely incongruous.

Apart of the funeral esque adornments to the decor, Twitch and Wilkes stayed true to form by starting the night same as ever. I took the opportunity to make use of the dance floor before it inevitably  got jammed with sweaty raving well wishers. It was here I drunkenly swayed to a few Kraut rock and soul numbers. Generally the beginning is a good place to get a sense of Optimo beyond dance music. It will be this atmospheric build-up that the pair will have most difficulty replicating beyond the Subclub on a Sunday night. Here Keith and Jonnie get space to experiment a bit with tunes that most Djs would consider dance floor venom. Listen to Part 1. of the stream and you might get my gist.

Eventually, the club started to pack out and the mood started to change. The intro of the Optimo classic ‘Timecode’ by Justus Khoncke kicked in. I checked the clock “Oh shit, its only ten! We’ve still got seven hours left….” 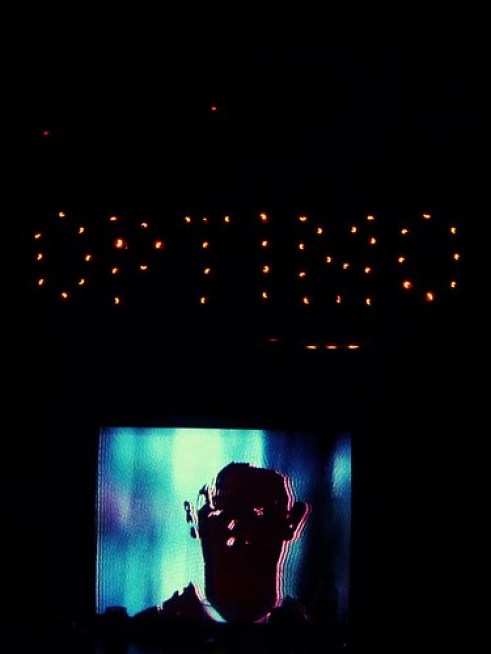 This entry was posted in M U S I C and tagged glasgow, optimo. Bookmark the permalink.