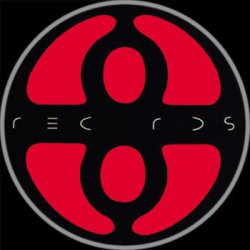 Plus8  is a Canadian techno record label, based in Windsor, Ontario and founded in 1990 by DJs Richie Hawtin and John Acquaviva. Plus 8 was, along with Underground Resistance and Planet E, one of the vanguards of Detroit Techno’s ‘Second Wave’, capitalising on the vacuum left by labels such as KMS, Metroplex and Transmat at the start of the 1990s.

Plus 8’s initial releases were a series of increasingly faster industrial hardcore recordings. This provides a clue as to the origin of the label’s name – on most turntables, +8% is the maximum amount by which one can increase the speed of playback.

Anyways introductions aside, we did a post on our Facebook a few weeks ago after pulling out a few old gems and asked you guys which of the smaller tracks you loved. This also gave us an excuse to post up a couple of tracks we ripped from vinyl a while back. Here is a selection of stuff that was put out there, using Discogs as our source of information;

laid back underwater resonated groove, trippy and very hypnotic. From his album ‘Ginger’ released on Plus8. Fantastic for its day and age, unquestionably it is. The only thing that strikes me even more is how Speedy J has successfully outdone himself with the next one, G-Spot.

While “Ginger” displays a musical innocence he never looked backed to, as a producer and craftman, Jochem Paap only evolved and went on to forge even greater things afterwards. With an impressive ease he moves through various stops of electronic music; be it trance, soulful techno, slick electro or straight up ambient, the man rocks it like very few can. Full of deep, emotional tunes which don’t move with haste, but deliver thoroughably enjoyable and dense material suitable for couch embracing afternoons.

We Chose a couple of tracks of the DI Album. This is most probably Richie Hawtin’s career defining moment, though not as nearly as venerated as his Plastikman output. First of all, it’s all that versatile, and still captures the essence of a real album, meaninig it encompasses an impressive amount of territory (electronic music wise), failing to stick to any one of them, but never sounds like a random ‘FUSE: the collection’ amount of tracks. You get everything from deep, warm melodies, menacing hard techno, ambient, minimal and repetitive musical patterns, dry and wicked acid, subtle and hard percussion, something for the mind and the feet.

I’m keen of the way in which “Dimension intrusion” isn’t afraid to explore many paths, something I missed in his Plastikman projects, which very often stuck to a single mood and pulled it through an entire album. I guess it sounds like a combination of his straight forward, thumping, minimal acid stuff (think Krakpot), Speedy J’s mid nineties playful and melody inclined breed of techno, with a touch of that heavy, bass driven stuff.

Film score esq spaced out emotion from FUSE also on the DI album, no beats needed this one is already full of energy.

The B side rescues this 12″ from suffering Titanic’s destiny. Just as its predecessor, Panikattack isn’t a tune which will make you consider Richie an instant god, but it has proved to be quite a few times a useful DJ tool. Yup, due to its building structure, the track just keeps coming at you, but it all amounts to nothing, which I find quite interesting as mixing material as it just goes on and on, tension growing, and just when you get the sensation of the crowd getting tired, you move on to something harsher and more percussive. Good transition tool, though nothing groundbreaking or revolutionary. Certainly better than the immediately forgettable A side.

Technarchy is initially what got me hooked. it was some hardcore post industrial techno, and i loved it. it was my favorite and i still find myself enjoying this record. i’ll never get sick of it. this is a classic plus 8 record!

This entry was posted in M U S I C and tagged Acquaviva, hawtin, KMS, m_nus, Metroplex, minus, plastikman, plus 8, plus8, richie, Transmat. Bookmark the permalink.