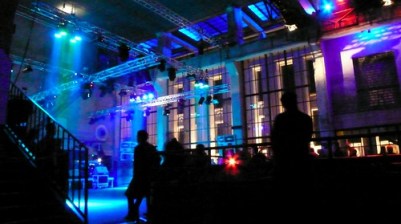 Achim Brandenburg is a bit of a Chicago house and Detroit techno buff, an area of expertise he first picked up as a record buyer for Hard Wax in his hometown of Saarbruecken. That was during the heyday of soulful house labels such as Prescription, and it’s a sound which still can be heard in Prosumer’s sets today. “My heart is beating for the early Chicago/Detroit sound and for music that feels similar and transports this feeling into today,” explains Achim. Slowly the consumer turned into Prosumer, issuing his first record on 240 Volt in 2004.

A year later came ‘The Craze’ on Playhouse, then vocal duties on Sebo K’s ‘Moved’, both of which became bona fide hits, melding house stabs with soulful vocals. Achim’s latest record is a collaboration with producer Murat Tepeli, with whom he also performs live, for Ostgun Ton, the record arm of Berlin’s Berghain/Panoramabar complex, where Achim is now a resident DJ.

Forgot to stick up his resident advisor mix which is outstanding.