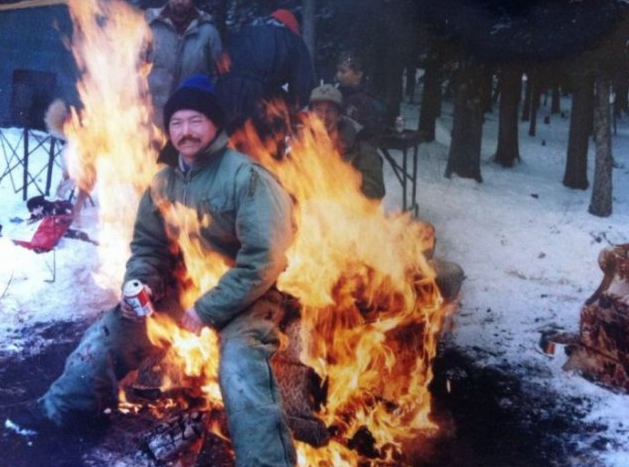 Ivan dropped us this track a couple of weeks back and we have had it in the player ever since. That said, it’s not one for the ill-advised or faint hearted, as he says himself “it’s pretty bonkers (new beat rave going Caribbean), a million miles away from all those upper middle class “nu-disco” edits”. This track is sinister and unforgiving.

Oldschool detroit style techno acidic house music- by definition ‘rave music’, 707s and 909s banging in simulation throughout… For some it will melt your brain for others it will fill that void where your brain has melted.

Found a pretty funny and telling description of  the track on discogs; “I’ve heard this ages ago in a set of Juan Atkins @ Gayle and spent hours, weeks, years looking for it and eventually just stumbled across it by accident. The funny thing for me is that this track, which I think is a masterpiece, is produced by the guys who would later become Da Rick, which I think are exponents of the absolute lowpoint of dancemusic.But this dates from the time that housemusic was not devided in subgenres and just expressed an overall celebration of joy.”

This entry was posted in M U S I C, TECHNO and tagged Ivan Smagghe, Set up System. Bookmark the permalink.