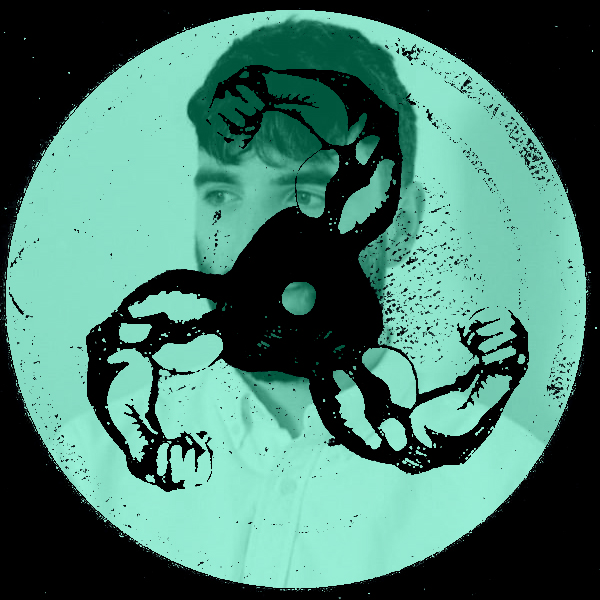 This week’s episode of the FMB mixtape series comes from producer & DJ R.Kitt, one of the driving forces behind Dublin’s dip party. Along with a bit about the mix, we found out what he’s been up to lately…

Ah sure, you know yourself! With everything that’s happening right now in the world, I think everyone is just trying to get by day by day. The emotional volatility is something I’ve talked to a lot of friends about, everything is so up and down and the pace at which one’s mood can change is pretty intense. The future is so uncertain, especially for dance music and for any type of gathering together to dance, so it’s hard to focus on doing anything related to that because it all seems so arbitrary! I’ve been trying to fill my days with practical stuff, doing a lot of live radio shows on Dublin Digital Radio, an online community radio station we have here in Dublin. Been working as part of the Give Us the Night campaign to try and highlight the extremity of the situation in Ireland and call for urgent reform to licensing for night clubs and music venues, as recovery for our sector is going to need all the help it can get. Recently launched a record label to release my own music called Orainn. And then desperately trying to finish new ideas, although this is proving to be super difficult for me right now! Time seems to be folding in on itself and each day is bleeding seamlessly into the next!

The mix was recorded in my studio on a pair of CDJs and a Pioneer mixer. I had just gotten back in after restrictions were lifted, and finally had the opportunity to turn the volume up, which was an amazing relief. To feel the physical effect of the music was something I missed so much.

The mix was an attempt to distil that emotional volatility that I think lots of us have been experiencing into an hour of music. I wanted the mix to shift quickly, but coherently, from one mood to the next. I’ve found it has been hard to settle into a mood for any extended period of time over the last few months, cycling rapidly between deep introspection, giddy happiness, despairing anger, naïve hopefulness and overwhelming cynicism. Emotionally, I wanted the mix to reflect all that. One song that was central to the mix was Riot by Underground Resistance. The anger and tension in that song, written 29 years ago, is something that seemed so present and relevant to the current struggles that are happening globally against racial oppression. As a white person who works in dance music, the last few weeks have been such an education and hopefully the beginning of an on-going effort and conversation to front up to the realities of racial inequalities in the world. The black pioneering creators of techno were summoning and channelling the emotions of their struggle into the origins of the music we all now participate in. We cannot forget that. There is certainly hope for change now, as the ugly truths of this oppression against BIPOC are dragged into the light, but there should be no mistake that this struggle has been going on for such a long time.

Who knows!  Do you know something I don’t?! I hope to release the second Orainn EP before the summer is out. Hopefully now that I’m back in the studio, I can finally get back to finishing tracks. This summer was going to be one filled with a bunch of exciting gigs and festivals, but obviously it’s all shelved for everyone right now. Hopefully I’ll get to share a few more mixes and tracks, and be ready to go when we get back to dancing together. The dream of that dance is so firmly planted in my mind I can almost taste it!

This entry was posted in FMB MIXTAPE SERIES and tagged feel my bicep, fmb mixtape series, r.kitt. Bookmark the permalink.