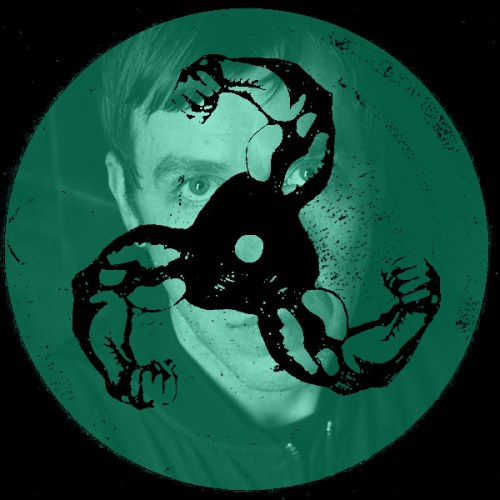 Up next on the series is a mix from Richard Fearless. The Death in Vegas and Black Acid founder recently released his first full-length under his own name – Deep Rave Memory – via Fearless’ own Drone label. As usual, we caught up to hear a bit about the mix and what he’s been up to lately…

Just finished the follow-up album to Deep Rave Memory which will be released in later this year.

The mix was recorded at the Metal Box, which is in East London on the peninsula of land between the River Lea and the Thames. I play vinyl only and used two 1210s and my Vestax PMC-46, which is the set up I’ve had since I started Djing.

I was thinking about this time when I was art college and my mates and I were driving to a rave in Chislehurst Caves. We all started coming up on these little fellas just as ‘Bug Kann and the Plastic Jam’ came on this wonky cassette, that mental Bleep sounding top line, pure bliss, mass euphoria kicked in. I wanted to do a mix centred on that song and memory.

6  Exterminador ‘You Are Not Alone’

9.  Bug Kann and the Plastic Jam ‘Made in Two Minutes’ white label

This entry was posted in FMB MIXTAPE SERIES and tagged feel my bicep, fmb mixtape, richard fearless. Bookmark the permalink.