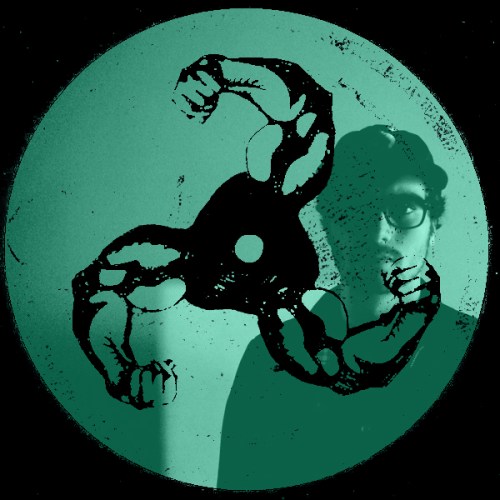 We have been opening many of our dj sets with Will Lister’s track “Agency” which came out on Phonica Records this year. It felt natural we ask him to contribute to the mix series and see what he’s been up to.

“I’ve been doing a lot of uni work at the moment and haven’t had much of a chance to properly get into writing more music. But i’ve started using the Secretsundaze studios in London Fields which is sick because I can spend a full day there working on music and forget about uni for a bit. It tends to be that i’ll work on a few older tunes then when i’m in the swing of things have a go at writing something new. It’s nice to get out of SE London too for a bit every now and then. Everything I do is based around New Cross or Peckham really, so going and sitting on the train for 30 minutes then walking to the studio is a nice way of clearing my head before I start working on music. It helps my mentality of keeping things fresh.

The mix was recorded at the Docks Studios in Dalston which is a great little spot. I was first introduced to the space, and to David who runs it, through doing a mix there with Fed (Axe On Wax). It’s got a great little vibe to it including a wicked system and a couple of nice outboard bits to record a mix through. David is a super nice guy and it’s a nice environment to get things done in.

I wanted to sort of summarise what i’d play in a 3-4 hour set in an hour but also without trying to over complicate it and keeping a natural flow. My sets tend to be pretty varied depending on how i’m feeling and when i’m playing, so it’s hard to show that off in a 1 hour mix, but I wanted to get a bit more dancy in this. My residency on Balamii let’s me play my more mellow tunes but I tend to save a certain vibes of tracks for the clubs so people don’t know what to expect (in a good way I hope). It’s a mix of records and digital as when I play out i’ll take a bag of records and a USB with tunes i’ve selected beforehand with me and play to the vibe. This was done in a similar way, I went through and played for an hour and worked out what would work then came back and recorded it.”

“I’m aiming to release a mini-LP, extended EP, whatever you want to call it, at some point. I’ve got quite a few tracks i’m sitting on which i’m wanting to release as a single body of work, with more of a flow to it, like a DJ set. I’m keen to keep it in this format to challenge myself to think about releasing music differently. It’s pretty easy to just release 1 or 2 tracks at a time and then forget about them but I want to set myself a goal and try and stick to it. And anyway, i’ve still got another year and a half at uni to go so i’ll see where i’m at after that’s finished. I’m working on some remixes too for a couple of labels too at the minute so will see where they end up. Hope you enjoy the mix and hopefully see you in the dance sometime soon.”

This entry was posted in FMB MIXTAPE SERIES and tagged BALAMII RADIO, BICEP, fmb mixtape, WILL LISTER. Bookmark the permalink.