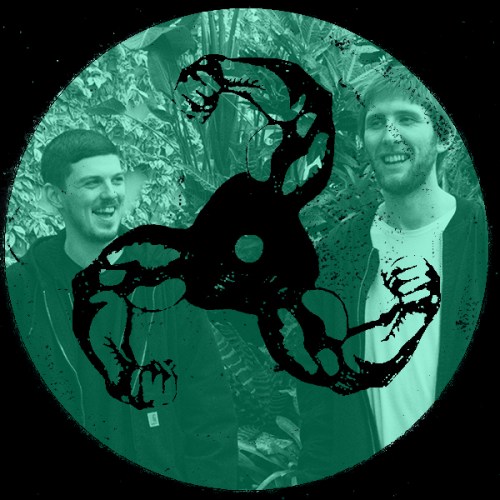 More N.Irish talent this time from Swoose and Cromby. They regularly play out across Belfast, London and had a smasher of a set at Berlin’s Panorama Bar. We look forward to hearing them spin at AVA festival again this year on home turf and as always we hit them up to see what they had been up to:
“Swoose: I’ve been getting the head down in the studio as well as gigging around London. Got some good material down, just need to get it mastered and out to labels. We just recently got taken on @ orchid am artists too which is exciting

Cromby: I’ve just recently got keys to a new studio in Berlin and been working on new material also. We are planning to record some stuff together soon, just trying to fit it around our working schedules.

We both setup a hidden group on FB where we swapped records each day and whittled them down to an hours worth.

Since we only had an hour we wanted to make something that you can enjoy during the day, before going on a night out and at an afters (mainly

“Swoose: I’ve got my residencies each month in London as well as gigs @ the nest with Lovebirds & Pional.

Cromby: Instore at OYE records on the 27/04 and Chalet, Berlin on the 01/05 . New EP coming out in the summer too to keep an eye out for. We are both performing together next at AVA festival in Belfast”