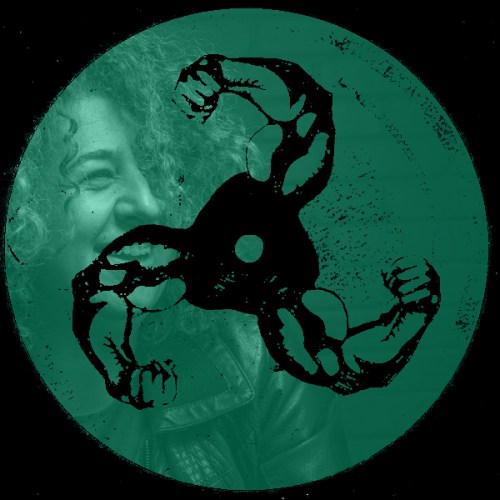 Jane Fitz has been slowly but surely been gaining a very loyal following  as result of her excellent taste and dj sets encompassing all the right shades of dubbed out house and techno. She has just been announced as a new resident at  Oval Space  and we are very excited to welcome her up to Glasgow for her city debut at the Feel My Bicep Show on the 3rd February at SWG3 alongside Job Jobse, Tim Sweeney, Shed (Live), Ryan Elliott, Hammer, Thunder Disco and ourselves. Tickets on sale now. link

We caught up with her to hear what she’s been up to:

“Besides from the usual (travelling, playing records, buying records) i’ve just come back from a birthday trip to the mountains in Italy, which was a much-needed trip away without a record bag. Bliss. On the work front, i’ve been plotting and planning with the good people at the Pickle Factory/Oval Space, making plans for my residency, which begins next year. That’s taking up quite a bit of mindspace, because i really want to come up with some unusual things to augment the night, so it’s not just me playing records. We’ve got some nice things planned. And and if no one else likes or gets what I’m trying to do, well, at least I’ll enjoy it.

The mix was recorded at home. No bells or whistles, the usual one-take, no-editing business, off a bunch of nice records.

I haven’t done any specially recorded mixes for a while. But I have a few i’ve committed to do over the next few months (we’re doing a Night Moves tape, there will be one for a magazine and then i have some ones to go with my residency) – and this one is the first, so i wanted to make sure i did different things for each one. I wanted to do something with records that are quite accessible, but not necessarily well known.  Anyone whose heard me play out with any regularity will know that i really don’t stick to one sound – sometimes it’s techno, sometimes more proggy or synthy, sometimes i’ll play wonky old things, sometimes new.. i always chop and change my sets to keep it interesting, mainly for me! But I’d just played a Night Moves back to back set with Jade Seatle, which is our last together for a while as Jade’s on NM maternity leave – and that was a real deep mission. So i was kind of inspired to stick in that groove. But don’t worry, I’ll be back to my slowed down trance records soon, I’m sure.”

“Playing records weekly, somewhere. Across 2017 that means 6 dates across the Pickle Factory and Oval Space, five minutes from my front door, so i really can’t complain. And that’s the only place i’ll be playing in London in 2017 too. It’s something to get my teeth into, so i’m well excited. Also I’ve finally cut out my day job, which is odd, considering i’ve been working in journalism for over 20 years. But playing records has kind of muscled in on my time and I’ve unexpectedly had a career change, without me really noticing it until now. You hear of career women in their 40s giving up work and changing careers, usually opening a florists or coffee shop or something. So I guess this is mine. But, I can safely say that I won’t be opening a florists any time soon.”