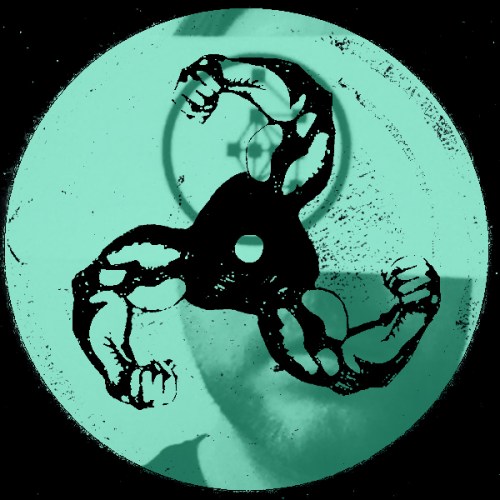 This week, we’ve invited the producer/DJ/composer/label-owner Antoni Maiovvi to take the reigns for the 102nd episode of our mixtape series. As usual, we asked a bit about the mix & what he’s been up to lately…

I’ve just had a 12” and an album released for my collaborative project Acid Vatican with Gianni Vercetti, who I also run Giallo Disco Records with. Last year after SXSW I composed the score for Can Evrenol’s film ‘Housewife’ whilst in New York so I have been attending the film festival screenings. Continuing Giallo Disco and Royal Athlete Records and trying to save Driftmusic from the ashes. Making cocktails by the beach in The Hague and looking at animals who I call “Buddies”. So if I say “Hey! Look at that fluffy buddy!” 90% of the time I’ve just seen a fluffy dog. The other 10% we’re most likely being… intimate.

Like most of my mix tapes these days, this was assembled (rather than recorded) from my own vinyl rip archive. Quite a lot of my records have increased in value over the years, especially from my own label, so I decided to rip them and start playing digitally. Though I sometimes miss the tactile pleasure of playing vinyl, my back thanks me though as I’m getting old now.

I’m trying to find a little trip to take you on and keep things eclectic. I have no idea if I actually achieved that.

Legowelt – Evaporate With Me 2 Infinity

As a final note, I almost took Tim Fairplay’s track out, (I made this mix on the 10th of May) because it’s been picked up by Sven Vath and that EP is going to be heard everywhere all summer (if it hasn’t already, when is this coming out? July? Old news mate…) it is however a total banger and it’s so cool for Tim to be finally recognised as the amazing producer he is and always has been.

I have a 12” for Omnidisc coming out of quite heavy stuff. There’s a new project in the works to be released, but who knows when exactly. My collaborative project with Bristolian Prog-Rock group ANTA is finished awaiting release. Homoagent, my collaborative industrial techno project has their 2nd 12” coming out soon on Instruments Of Discipline. I’m working on another movie soundtrack currently the details of which I can’t talk about just yet. Keep on producing, keep on touring, more film festivals, more label stuff. Keep on keeping on, I can’t really do anything else at this point I don’t think.

This entry was posted in FMB MIXTAPE SERIES and tagged antoni maiovvi, feel my bicep, fmb mixtape. Bookmark the permalink.