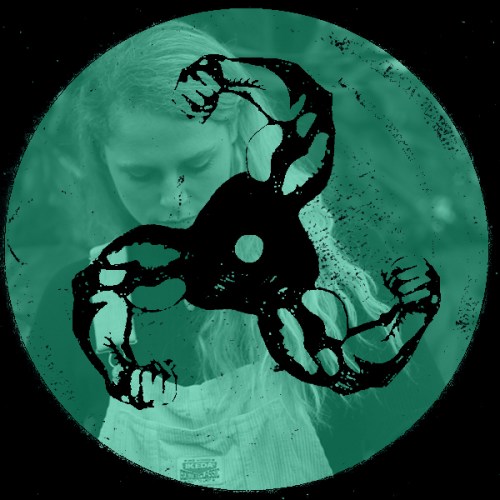 It’s time for mixtape #103, & this week we invited Irish-born Berlin-based Sally C to take the reigns. First up, we asked a bit about the mix & what she’s been up to…

2018 has been pretty sweet so far, things are starting to kick off a bit which I’m super happy about.. I’m based in Berlin but this year I’ve been playing more outside of the city in the UK and Europe which is what I aimed to achieve when I moved there 3 years ago. It was a tough move from Scotland where I lived for 5 years, in terms of finding gigs and developing my sound but I’ve chipped away at the scene here and now running nights with pals and playing at different clubs around the city. Its a class place to live, absolutely spoiled for record shops – I spend a lot of time digging for weird records I fucking love it.

I started the summer off at Denis Sulta’s FLY Festival in Edinburgh which was class craic and debuted at AVA Festival on the main stage which meant a lot to me to be a part of it was such a special atmosphere everything from the production to the lineup to the crowd was phenomenal. I just played at the DABJ night in Berlin at Else which was great, played after Alden Tyrell so definitely played a lot harder than I usually play but really liked that as I got to show my darker side.

Recorded in my flat in Berlin. Two technics, DJM 350 mixer (the one where you can just pop your USB in to record mixes which is so handy) and two CDJ 2000 Nexus 2’s which are actually my pal hectors which he asked me to look after so thank you hector b :) I have other cdjs but they’re shite. I try to use mostly records when I’m recording mixes but its very convenient having the CDJs for pals tunes and new music I’ve been sent etc.

I actually never plan my mixes too much – They have to be raw and in the moment and I only ever record a mix once. Of course I will have a general concept but I can’t re-record, it just doesn’t work for me, this is a one time recording and I liked it so didn’t have to record a whole new one which was sweet. I will always include unreleased or new stuff from friends. Its important to me to promote their music in whatever way I can.

I had some time to think about the mix and I’m honoured to have been asked to join this mix series. I really wanted it to be a reflection of how my style has developed. I used to play a lot of disco but Im definitely playing a lot harder at the minute which I’ve tried to convey in this mix. All of the tunes mean something to me, make me feel something, make me think and I hope its some what of a journey to listen to with a focus on weird vocals and heavy grooves which is what I look for when digging.

Its also kind of a homage to Bikini Waxx Records in Berlin as 90% of the records in the mix are from there. Its my favourite record store, all of my second hand gems are from there, I have a lot to thank them for to be honest.

I’ve spent the last 6 years fine tuning my mixing – especially with vinyl, I used to watch videos on youtube of people mixing records and thinking I would never be able to do that, ever. But especially since moving to Berlin Ive really focused on trying to perfect my mixing which Ive put all of my energy into. Now I’m pretty comfortable with that I want to focus more on production – I know how to make tunes and I have some nice gear which I know I need to use more. I haven’t put pressure on myself to rush into production as I know its a slow and personal process but I know the tunes are coming and I feel good about it, Ive cultivated so many ideas over the past years so Im excited to execute them.

Gigs wise Im playing in Sheffield this weekend, Netherlands at the end of the month and some really exciting shows in September which I can’t wait for.

This entry was posted in FMB MIXTAPE SERIES and tagged feel my bicep, fmb mixtape, sally c. Bookmark the permalink.