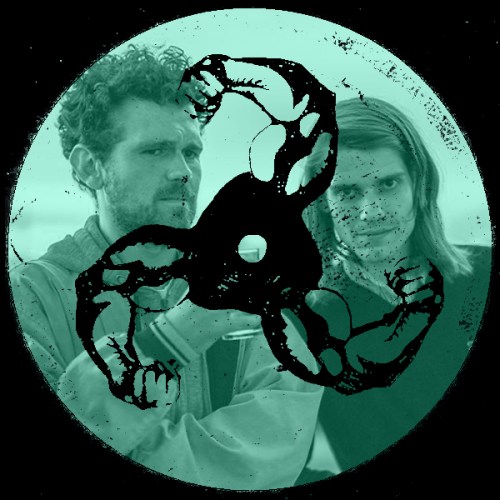 Next up we have Brontosaurus Junior Club, AKA Jacob Lauer and Timo Wiegand. We first met the guys a few years back at Robert Jonson, one of our favourite clubs which they happen to be regulars at. First time we heard the guys play we were blown away by the eclectic selection and how the crowd just went with it, loving every bit. Something we love about that place is definitely due to the group of residents there who really set the tone properly and have educated the crowd over the years.

We caught up with the guys ahead of their appearance at our XOYO residency to ask them a few questions about the mix, what they are up to now and what lies in the future for the pair. Tickets for the XOYO show are still available HERE.

“We try to maintain a productive and visible part of the Frankfurt scene around our home base Robert Johnson. Besides that Jacob is working a lot with his brother to convert a hotel into music as one part of their project Hotel Lauer. Timo pursues what he is best in. Finding and buying records and show them to everybody who asks kindly.

The mix was was recorded in a living room in Frankfurt am Main. We used two turntables, two CDJs, one mixer and one Bembel of homemade Apfelwein, wich is the traditional Frankfurt way for getting things going.

The idea behind was to select unreleased, released and older music we both like to play out and boil this variety of styles down to an one-hour DJ-mix that displays were Brontosaurus Junior Club-nights usually start, were they could pass and possibly end.

up next.. “We are going to play as a part of the Bicep residency at XOYO. Later in July we will be back at Robert Johnson to host our regular night, this time with DJ Sotofett of the unswerving Sex Tags Mania / Wania fame. The rest of this summer will be a balanced blend between amateur DJing and highly professional vacationing. “

This entry was posted in FMB MIXTAPE SERIES and tagged robert jonson. Bookmark the permalink.