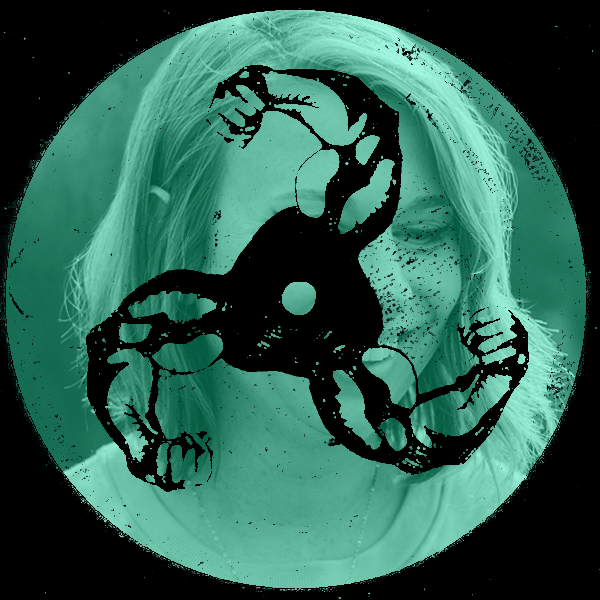 This week’s episode of our mixtape series comes from Anna Gram, a Glasgow-based producer, long-standing resident of the city’s hugely popular queer party ‘Shoot Your Shot’ & one half of the beloved DJ duo LEZZER QUEST. With her debut EP coming out soon on Hammer’s label ‘Remmah’, we first caught up to find out a bit about the mix & what else she’s been up to lately…

I started producing last summer when I lost my job and got Covid in the space of a couple of weeks, and suddenly had loads of spare time. In the absence of DJing in clubs I needed to do something musically creative to keep me sane. I also went back to college to study Wildlife and Conservation Management, and am just about to finish my first year. Not being able to road-test my music properly has been a real trip, but I’ve received amazing support from the team at BBC Introducing in Scotland and Jaguar from Radio 1 Introducing Dance. I initially sent my tracks to Hammer as he’s a DJ and producer I really admire and thought he might want them for sets, so I was over the moon when he messaged me to ask what I had planned for the tracks as he wanted to sign them to his new label. The past few months have been a bit of a whirlwind, and it feels like I’ve gone from living a quiet, granny lockdown life to being shot into orbit! I’ve been totally bitten by the production bug and now just need to magic more hours in the day to make all the music I’ve been dreaming up.

The mix was recorded at home using 2 Pioneer XDJ-1000MKIIs, a DJM-700 mixer, an edible, and a positive mental attitude!

I always love having a theme for my mixes as it makes the track selection process much easier. For this mix I was imagining a group of friends going into a forest just as the sun is setting. The mix starts with Octo Octa’s beautiful ‘Spell For Nature’ which represents the friend’s performing a mushroom ceremony and casting a protection spell. ‘I’ll Keep You Safe’ follows, and is the promise to look out for each other, leading into Luca Lozano’s ‘The Afterworld’ which is where things start to get trippy and fun….then they have a massive rave and dance till the sun comes up!

My first ever EP is being released on Hammer’s label ‘Remmah’ on the 9th July, and I’ll be warming up Room 2 at Fabric for him on the 10th July. I have a new track being released as part of a VA for Manchester label ‘Mixing Mates’ in August, and I’ll be playing at Riverside Festival in September, which will be a HUGE party as it’s in Glasgow and the same day as my birthday!