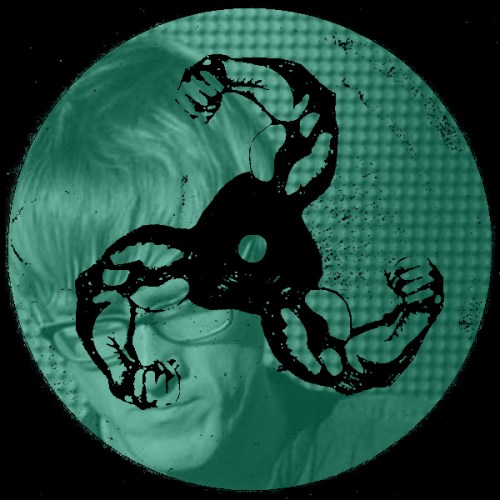 Awesome mix from Jas Shaw, one half of the mighty Simian Mobile Disco! Many of you will remember the track we did together, Sacrifice, which was our first taste of working in a proper studio! These guys have been a big inspiration so it’s a pleasure and honour to have Jas turn in an amazing mix!

“I’ve been alternating between making techno and building a studio. Building a studio really but that’s quite a chore if you just do that so I’ve been rewarding myself for plugging in and testing some outboard or synths by spending the rest of the day messing with them, the residue is techno. This whole process has been punctuated by weekends djing. It’s been great, I’ve made stacks of music and learnt a lot about building studios. It’s got to be said, I could do with a break from racking up gear and testing leads, I have a pretty high tolerance for that stuff but I reckon that I might have had enough of that for a bit.

I’m doing this in my studio, now I’ve got fancy pants monitors, a spinny chair and a treated room I’m completely spoilt and never want to leave.

At the risk of sounding like a just threw this together in a haphazard way, which I would never do, especially for you guys, there isn’t really a theory or concept attached to this mix. It would be disingenuous for me to claim that this is a musical voyage deep in the ocean of our collective consciousness. Now that you have mentioned it though I suppose that it’s kind of an indicator of some of the music that I’ve been gravitating to recently and the kind of thing that I’ve always bought but increasingly have the opportunity to play. While James has been away most of this year I’ve played quite a few smaller clubs where they let you play longer and the crowd are open minded. Without really thinking about it it’s pushed me to play in a slightly more confrontational way, actually that sounds mean which isn’t my intention. I guess I’ve just had more opportunities to make a crowd dance for a bit and then later get a bit more atonal. You know, really take them on a voyage deep into the ocean of… I’ll get my coat.”

“James is back in the UK, he’s spent most of is year producing records for bands so rather than take a well earned rest we have done what we always end up doing, we have set the live rig up in my studio and are mucking about.”

This entry was posted in FMB MIXTAPE SERIES and tagged BICEP, Jas Shaw. Bookmark the permalink.