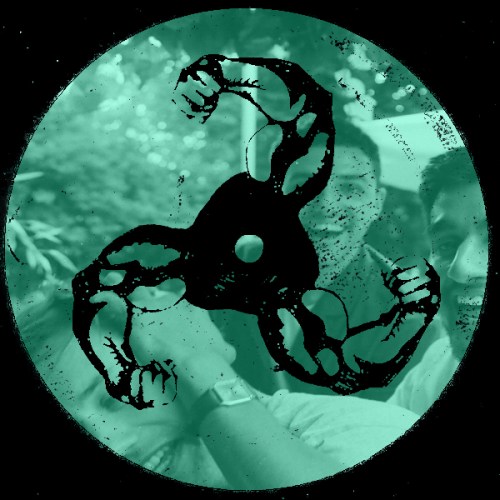 This week delivering the FMB mix we’ve got the Sugarhouse Records guys: Maurice, Roy, Seb and Jamie who run the label out of Sugarhouse Studios in Bermondsey. As usual we caught up with them tho hear what they’ve been up to recently:

“We recently moved our studio from Stratford to Bermondsey, so we’ve been settling into our new place and getting down to business on some new tracks. We’ve been giving ourselves RSI by stamping up the second release on Bouncin, our edits sub label, which is out this month . We’ve also been doing DJ sets here and there, as well as fulfilling our residency at a bi-monthly party called Paradise Loft.

Two of the label co-founders, Jamie Paul and Maurice Jnr, recorded the mix in Jamie’s living room one rainy Saturday afternoon. We used two 1210s, a Pioneer Mixer and a stack of records.

Our DJ sets can be quite eclectic but, for this mix, we wanted to play some of the house records we’ve been enjoying most over the past few months, as well as showcasing some upcoming Sugarhouse bits.

After BOUNCIN002 (Maurice Jnr / Roy Rozell – Interlude / This Girl), we’ll be releasing SUGAR003 into the world – the new EP from Maurice Jnr & Seb Miguel. We’re hoping 2017 will be a busy year for us with new releases from the crew on Sugarhouse and other labels. We’re also on the lookout for some new artists to bolster the Sugarhouse roster.”