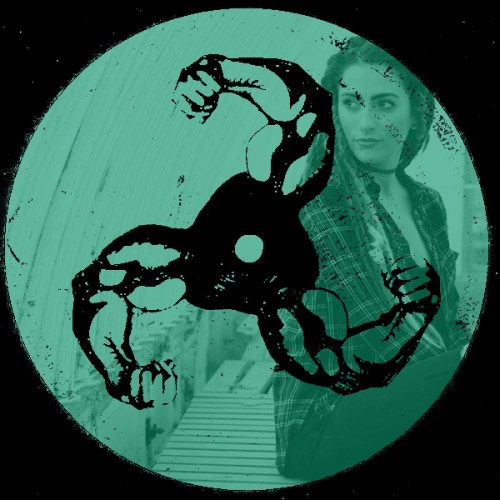 For another instalment in our mix series, we’ve invited fellow countrywoman Holly Lester in for a sample of her sounds. If you’re not familiar with Holly, now is the time. She’s a regular behind the control at Belfast’s Shine, Manchester’s Warehouse Project and at our own FMB events, as well as previously being a resident at Liverpool’s Chibuku and Ibiza’s Sankey’s. She’s clued up (and cued up!) on what’s what in the vast sphere of music, effortlessly blending grooves that take strands of influence from Chicago and New York roots among others. We’ll be sure to catch her DJing in person at AVA Festival in June, but in the meantime, this mix will fill the gap from now until then. Take it away, Holly…

“The start of this year has mainly involved taking some time out and working on my own productions. I have been living a bit of a hermit life since winter ended in order to improve! Winter was super busy – I had a lot of cool gigs including two great Warehouse Project shows – so it’s kind of nice to have some time dedicated to music. Apart from that, I have just recently become involved with an initiative to get high school kids into DJing, called “Future DJs”. It’s a really cool concept and it’s great that the next generation have more opportunities to learn production/DJing at a younger age.

The mix was recorded on four CDJ2000 Nexus 2’s and an DJM900 Nexus 2 mixer in my friend’s studio in Knutsford. It’s a really picturesque little town in Cheshire not far from Manchester. I don’t have a big home setup in my apartment due to space/noise issues so I tend to go there quite a lot. The guys who own it run a label called Danse Club and are great producers. They have a load of good hardware and equipment lying around and were nice enough to let me use it for this mix.

I always really enjoy putting mixes together, I get to play some tracks that people wouldn’t necessarily hear me play in a club. I think it’s important to always have a kind of “journey” with a mix, something that really builds and flows – which is what I hope I have done for this one. My sets and mixes tend to feature a lot of tracks with a certain oldskool kind of feel to it, whether it’s more stripped back, deep or even a little breaksy. There is a heavy Chicago influence for sure. I always have this thought in the back of my head that it needs to sound timeless so that it will still be listenable in a few years. I am aiming to do that with my own productions as well. I am not so interested in playing what might be on trend these days as I did enough of that in my younger years of DJing! Fads will always come and go. Perhaps that is why I lean more towards a classic sounding style. I’ve done a couple of my own edits specially for this mix and even included one of my own recently finished tracks near the end.

The focus for this year is to create good music and, fingers crossed, pretty soon I will be ready to release some of it. I am a bit of a perfectionist so I don’t want to rush into anything. Aside from that, I am looking forward to a trip to Miami next month – my first time in America! Planning to check out WMC, see my best friend who lives in Florida, and I also potentially have a gig lined up there too so it will be a busy trip. I have a lot of gigs coming up in Ireland (North and South) over the coming months and am very excited to play AVA Festival in June – I had an amazing time there last year. This weekend I will be heading back over to Ireland to headline a party in Trinity, Downpatrick, which should be good fun!”