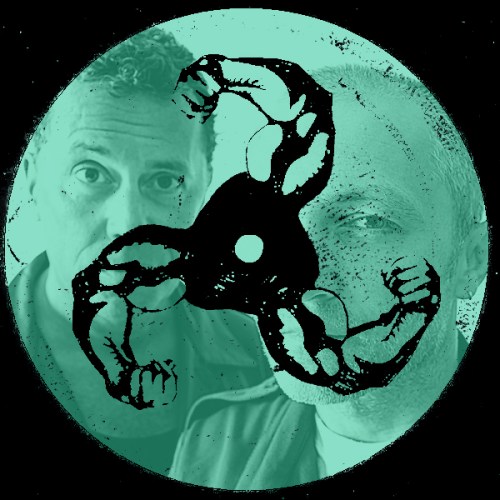 This week we have the great In Flagranti delivering the FMB podcast. Their upcoming mixtape album ‘Sprezzatura’ is coming out on 14th April on Codek. We have caught up with them to hear more about the mix, what they’ve been up to and future plans:

“Sasa: We have just released a new 12” ep featuring Schaltkreis Wassermann with lost and found recordings from 1980, PJ Wassermann on LSD twiddling with an Arp 2600 and recording direct to reel to reel tape with remixes by Toby Tobias and Vahagn. At the same time working the PR for our 4rth Album Sprezzatura which will be released on April 14th

Sasa: Since we both live in different countries, Alex in Basel and I bouncing between Paris and London it was difficult to do a mix together and we usually don’t play back to back as we have a different style of djing.

Alex had this half hour mix he’s done a while back with some of his edits and then I did the intro and outro of the mix, basically edited into his mix. The Idea was, how do we show our individuality in to a one hour mix that would reflect our style of djing. I play more new music where Alex is the crate digger and always brings out some old stuff I haven’t heard of.. that’s the In Flagranti blend.”

“Sasa: Apologies that it’s just me talking here but Alex is on holidays at the moment and taking care of merchandise manufacturing.. once the Album Sprezzatura is released we got another ep lined up for a beginning of summer release called Camelwalk which will feature Italian dj/producer/musician DJ Rocca playing flute on a In Flagranti track with remixes by Mexican producer Inigo Vontier and Spain’s Rayko pluse bonus beat on vinyl and digital.”

This entry was posted in FMB MIXTAPE SERIES and tagged BICEP, fmb mixtape, in flagranti. Bookmark the permalink.