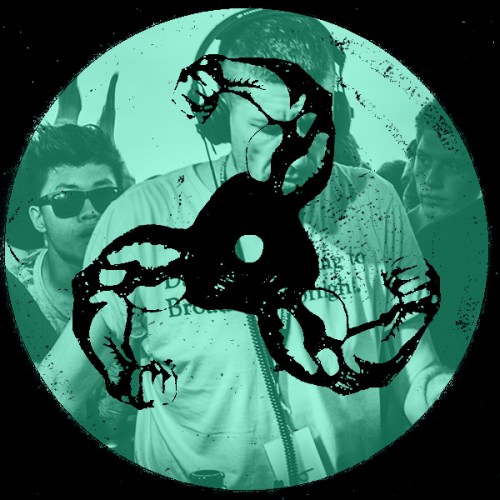 It’s with great pleasure that we have one of our all time favourite selectors and good friend Jonnie Wilkes (one half of Optimo) step up to take number 100 in our podcast series. Jonnie (alongside Keith and Optimo as a whole) was one of our first real inspirations for the blog and FMB in general. Whilst we got a good introduction to techno and IDM in Belfast when we were kids, it was really only when we started getting the train up to Glasgow whilst at uni that we really had our eyes opened to a proper broad club experience and the stitching together of genres we’d never expect. We remember the excitement of some of the insane, adventurous transitions and just feeling we were watching real djing for the first time. Jonnie, as a fellow Belfast lad felt like a very obvious choice for the ole ton’ milestone. As always we caught up with him below to find out a bit more about what he’s been up to and the idea behind the mix:

I have been pretty flat out with our gig schedule and just had a baby girl, Jezebel Mary with my partner Esther so I’m mucking in, looking after her and the other children too of course. I get a few hours here and there at the studio when I can manage it and I’m obsessively restoring our old house which was previously used as offices back to a home. There’s plenty of general work that goes along with running Optimo of course with Keith that keeps us busy and we just opened a small coffee shop and bar called Bananamoon in Glasgow with a couple of friends. So aye, getting that off the ground as well which is fun. Never a dull moment. Thinking about swimming lessons, I always wanted to swim really well or even like those older swimmers at the baths who can do lengths all day, up and down the pool with hardly a ripple. My technique is a mile out. I look like I’m having a fit.

I have a small office / studio at home too where I can do mixes and rough out studio ideas so I put the mix together there over a few nights once the kids were in bed. It’s recorded off turntables and a CDJ through my old Rane 2016 Rotary Mixer then into a couple of tracks in Protools. This way, once it’s in, I can balance levels a bit better, EQ if it’s needed and chop bits out if I want to. The track selections, the running order, arrangement, tempo range and changes is something I’ll give a good bit of thought too prior to recording but really once I’m up and running with the mix, the tracks go in how they go in and that’s that – I don’t change it. On a mix like this which isn’t too tightly concept or theme based, it’s a way of getting some “DJ-ing energy” and surprise into something recorded at home and not in a club. Sometimes the quite hasty moves, ill-thought out mixes, quick cuts, brainwaves even, or insane digressions are the best bits.

With the Bicep 100 Mix I pulled out a load of tracks that I thought Matt and Andy would maybe relate to somehow, on some level – old stuff and new stuff. I pulled tracks I thought would give the mix a sound that I would bring to a DJ set say if I was playing along with the Bicep lads – something we’ve done a few times. That’s as close as I got to making a plan… maybe I was thinking “What does Bicep say to me? Listen to this, it’s my way of describing something about them and something about me and putting it in one place”.

When Simon asked me to do the 100th Podcast I didn’t bother looking at the series online to see who’s on there and what kind of mixes the other artists had done. Don’t really care. There’s nothing particularly rare or difficult on the mix but I hope it conveys my energy and enthusiasm for DJ-ing and talks a little to Matt and Andy about any common ground we might share. Speaking of which – it ends with Orbital’s “Belfast” as I know we all share a great fondest for the place. This track seemed very relevant somehow.

See Question above :-) And festivals, loads of festivals… After the summer we’re doing our first Optimo Tour in India which I’m really excited about. Maybe those swimming lessons too.